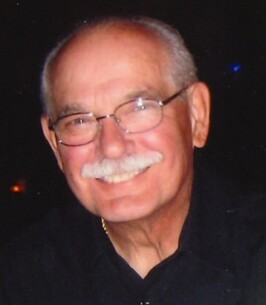 Baron, William Jr. (Bill), of Egg Harbor Township passed away on October 14th, 2022. He was born on November 20th, 1932 in Brooklyn, NY to Henrietta and William Baron Sr.
Bill served honorably as a Sgt. in the U.S. Army from 1950 to 1953 during the Korean War. During this time he earned the Good Conduct Medal, Army Occupation Medal (Japan), Korean Service Medal, 2 Bronze Service Stars and the United Nations Service Medal.
After his Army service, he joined the Philadelphia Police Department and retired as a Sgt. During this time he worked Vice, transferred to Narcotic Unit, then promoted to Detective and assigned to South Philadelphia. From there to Intelligence Unit, promoted to Sgt., worked JAD, reassigned to Narcotic Units, transferred to DEA Narcotic Unit, on to DEA Narcotics Task Force, in charge of Local and Federal Agents. Retiring in 1980.
Upon retiring from the Police Department, he then joined in opening the Brighton Casino (AKA Sands Casino) as Security Captain for 16 years.
He left the casino industry to join the United States Attorney's Office as LECC, finally retiring in 2003.
Bill was never idle, he enjoyed building bird houses, wood working, golfing, and playing Texas-Hold-Em at Borgata Casino.
He was predeceased by his parents, brothers Richard and Edward, and sister Katherine.
Bill is survived by his wife Carol, sons Bill III (Suzanne) and David, daughter Kimberly, and brother Frank (Alice). Four grandchildren and their spouses, Bill IV, Jay (Allison), Nancy (Mike), and Alex, and four great-grandchildren. Many nieces, nephews, cousins and friends, including friends at the Heritage Golf Course.

All rights reserved. This obituary is also archived at obittree.com